Invariably, if you hear someone taking about “the Camino”, they’re referring to the Camino Francés—the route from Saint-Jean-Pied-de-Port in France to Santiago de Compostela in Spain. It’s about 500 miles (800 km) long, and—quite literally—hundreds of thousands of pilgrims walk portions of it each year.

starring Martin Sheen and Emilio Estevez—it was filmed entirely on location along the Camino Francés. (It’s a wonderful little movie if you haven’t seen it yet!) According to my guidebook, 72% of pilgrims arriving in Santiago come in from this trail. It’s the grand-daddy of Camino routes!

Camino Francés is Spanish for the ‘French Way,’ which might seem odd at first since it’s located almost entirely in Spain. Back in the trail’s heyday, the majority of pilgrims came from France, and nearly all of them followed this route. Thus, it’s the route for the French—the French Way.

Nowadays, you’ll find more English-speaking people on the route than French-speaking ones, but nationalities from all over the world travel here to walk the Camino Francés.

Immediately out of Saint-Jean, the trail climbs over the Pyrenees and crosses into the Basque region of Spain, and within a few days, you’ll be following the yellow arrows that mark this trail into Pamplona. Pamplona is one of the biggest cities along the Camino Francés and without a doubt the most famous due to the running of the bulls. You won’t see any running bulls in my photos—not in Pamplona, at least—since I hiked through in the wrong time of year for that. Not that there wasn’t plenty else to see in Pamplona, though!

The trail continues through northern Spain. After passing through Burgos, the trail enters the Meseta—a flat, dry and remote area, eventually arriving in Léon where the mountains return for the rest of the trip to Santiago.

Santiago, technically, marks the end of the Camino Francés, but many pilgrims continue onwards to Fisterra or Muxía for a glimpse of the Atlantic Ocean and the proverbial “end of the world.” In The Way

, Martin Sheen and friends continue on and finish in Muxía. I wanted to see both towns, however, and went to Muxía first, then onward to end my own journey in Fisterra. This optional continuation is so short and easy, however, I included it as part of the Camino Francés. It made no sense to include as a separate trail—everyone who hikes this optional extension has started their hike long before Santiago!

Interested in learning more about the Camino Francés? There are books and blogs aplenty available for reading, but I’ll point out a couple that I’m familiar with.

I first heard of the Camino de Santiago when I bumped into a hiker on the Pacific Crest Trail who had done the hike and wrote a book about his adventures: The Journey In Between

. The trail sounded so exotic to me—so foreign, so exciting and so different from anything else I had ever done, I immediately wanted to jump into it. I didn’t jump immediately, but I did make the jump nearly two years later, the results of which you see here. =)

While preparing for my trip, I discovered a local author in the Seattle area who had just written a book about her own journey on the trail, The Artist’s Journey

by Marcia Shaver. I got her to autograph my copy, so ha! =) Marcia sketched her way through Spain, many of which were used to illustrate her book. It was an entertaining read, though, even if your copy from Amazon.com won’t likely have her signature.

If you’re really excited about this trail and actually want to do it yourself, up close and in the flesh!—congrats! It really is an incredible journey! If there’s one book you should get, if there’s one book that pretty much everyone on the trail carries, it’s John Brierley’s guidebook, A Pilgrim’s Guide to the Camino de Santiago

. It has maps of the trail, maps of big cities along the route, notable historical and cultural landmarks and lodging options available along the route—quite literally, everything a pilgrim needs to walk the trail.

You can also read more commentary about my own hike in a poorly-edited blog at Another Long Walk. The Camino Frances adventures start October 24, 2012. 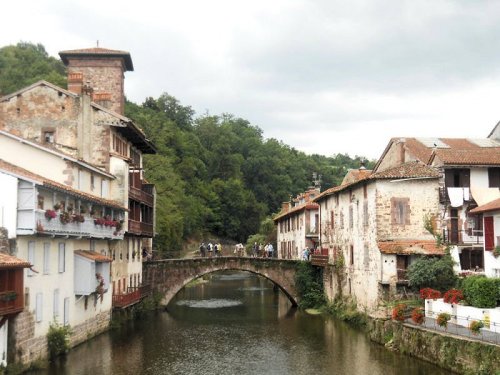 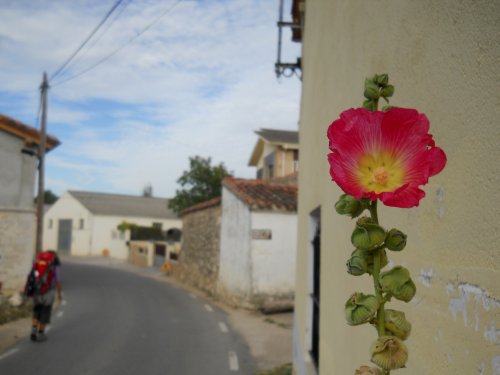 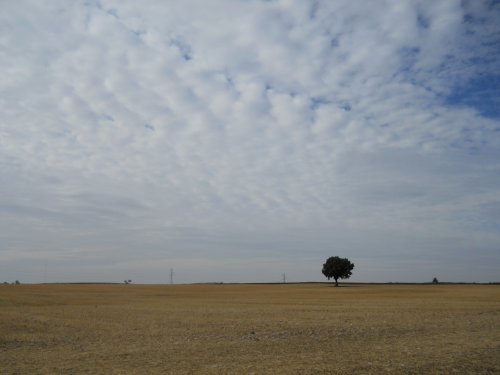 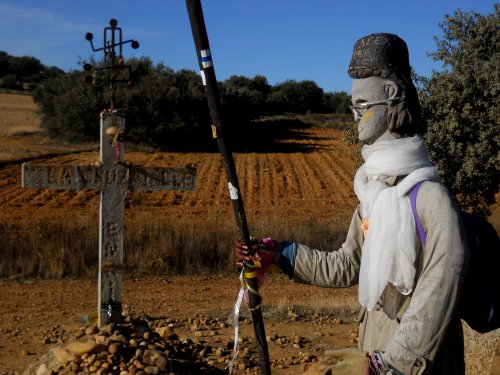 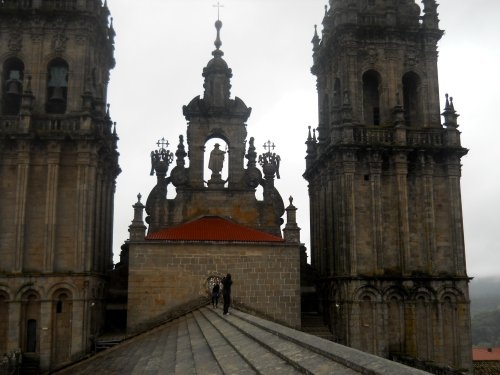 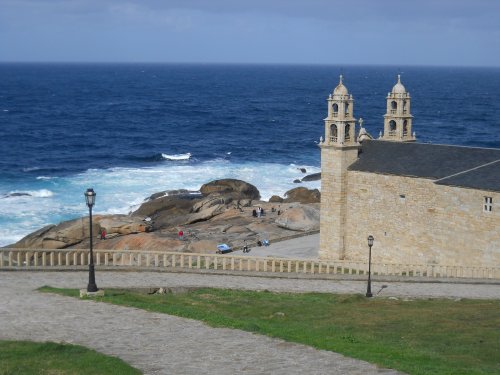 Camino Francés @545.3 miles
Church at the end of Muxía