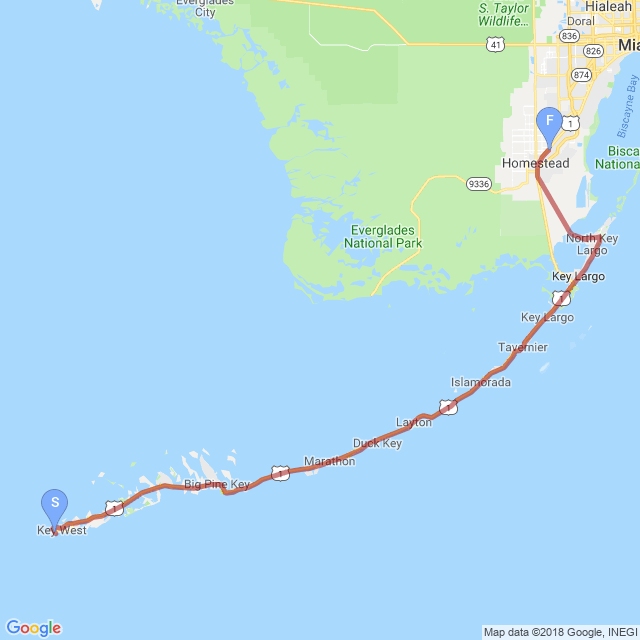 The Florida Keys Overseas Heritage Trail technically runs from Key West to Key Largo, but this route overshoots Key Largo by about 35 miles to mainland Florida and ends at the world-famous Coral Castle Museum. I also took some liberties in Key West making my own route through the city to see the sights rather than strictly following the trail—when you do your own walks, make them your walks! Own them! But outside of those endpoints, this route essentially overlaps Highway 1 from Key West to Key Largo since that’s the only way between those two points over land.

History of the Trail

The trail gets its start from Henry Flagler, a railroad tycoon who pushed the Florida East Coast Railway out from Miami to Key West. Construction started in 1905, and the railroad reached Key West in 1912 opening the way for regular traffic throughout much of the Florida Keys.

The Labor Day Hurricane of 1935—one of the largest, most destructive hurricanes to ever hit the United States—destroyed much of the railroad and rather than pay to repair it, the land was sold to the state of Florida. Although 40 miles of track had been washed away, the structural bridges used to support the railroad were built to last and they survived the hurricane just fine, so Florida build a new road over the old railroad line—which would later become Highway 1.

Most of Highway 1 was rebuilt in the 1980s and many of the old bridges were turned into fishing piers and collected into parts of the Florida Keys Overseas Heritage Trail connecting the Florida Keys together for pedestrians and bicyclists.

This trail might often be noisy with traffic from Highway 1, but the views are spectacular along its length. To the north lies the Gulf of Mexico, to the south lies the Atlantic Ocean. You’ll see countless varieties of birds and reptiles!

This route starts at the so-called southernmost point in the contiguous United States, a famous landmark in Key West marked with a giant buoy. (If you look at a map, though, it’s clearly a preposterous scam!) Then the trail meanders through some of the more notable tourist traps in Key West—past Earnest Hemingway’s old house, to the Little White House that President Truman often visited and through Mallory Square.

The longest bridge on the trail is the Seven Mile Bridge—and if you walk across this bridge in person like I did, let me warn you—pee before you start! There is absolutely nowhere to pee in private for these seven miles. Better to be a little dehydrated than too hydrated in the two or three hours it takes to walk across this bridge! (And I will also say, the traffic is noisy and often hair-raising, but it is quite a thrill!)

At Key Largo, the trail officially ends, but we’ll continue onward to Coral Castle, veering away from Highway 1 towards Card Sound on a road that’s much more pleasant for walking than the busy Highway 1. (To be fair, Card Sound Road isn’t fun to walk on either, but it is considerable better than Highway 1!) Our walk eventually reaches mainland Florida at Florida City, which seemed rather anti-climatic as an ending point for this trail, so I pushed on through Homestead until the walk ends at the Coral Castle Museum—a world-famous stone structure created by a single man over a period of 28 years.

I did this walk over a period of eight days (which includes one day off), so this walk is quite doable for most people on a vacation—unlike most of the other routes on this site that generally require taking time off of work or losing a job in order to do the real thing.

If you want to learn more about this area, I can’t recommend Last Train to Paradise

by Les Standiford enough. It’s all about Flagler’s push to build his railroad over an ocean, all the way to Key West, and its eventually destruction by the 1935 Labor Day Hurricane. It’s an amazing, true-life story—and absolutely fascinating to read about if you’re into that sort of thing!

Queue up some Jimmy Buffett

for your iPod and hit the trail. It’s time to find some cheeseburgers in paradise. And perhaps a bite of key lime pie. =) 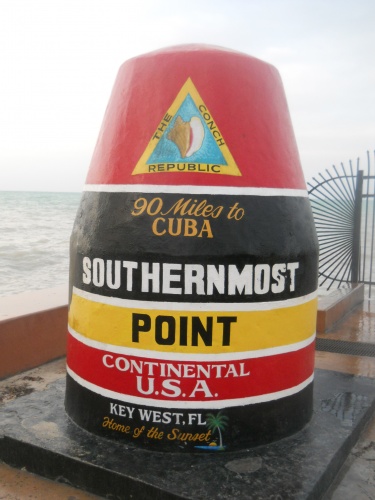 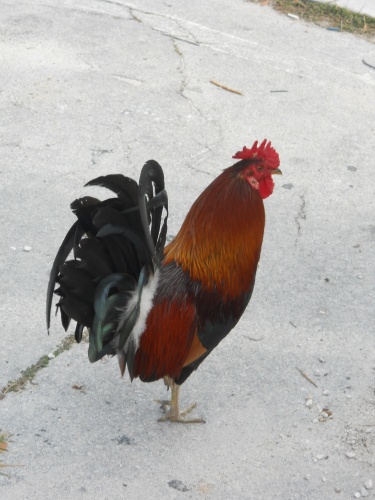 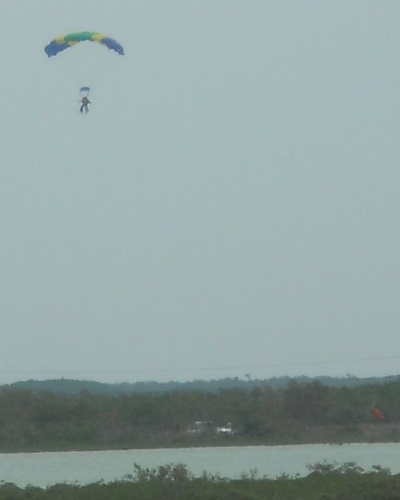 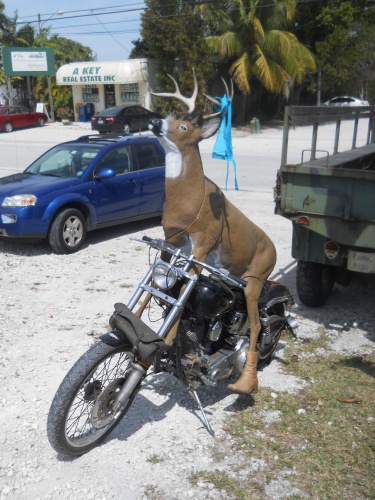 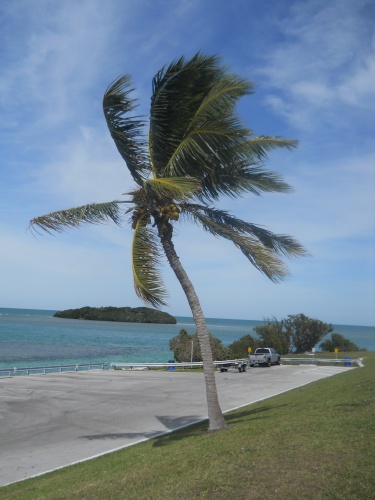 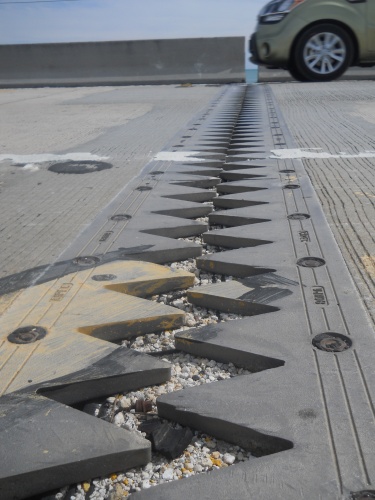 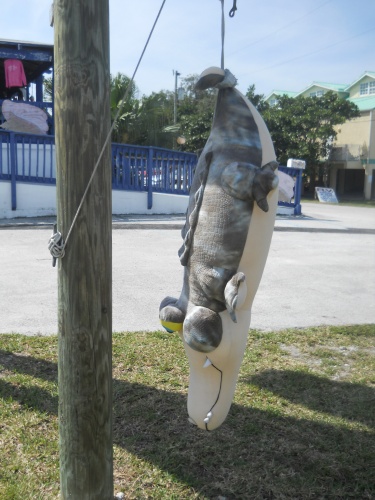 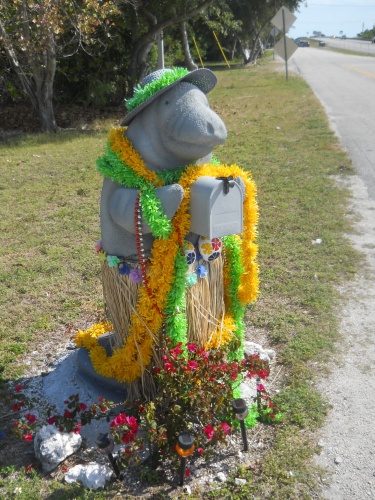 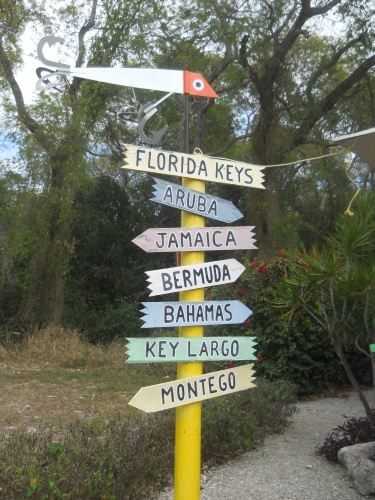 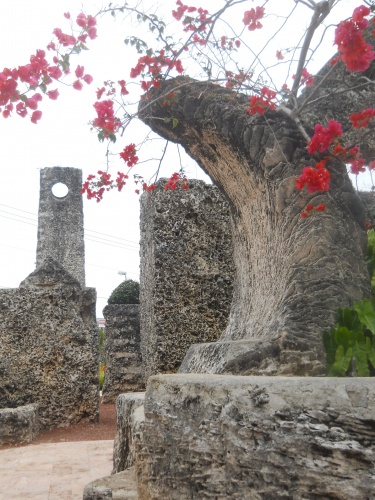