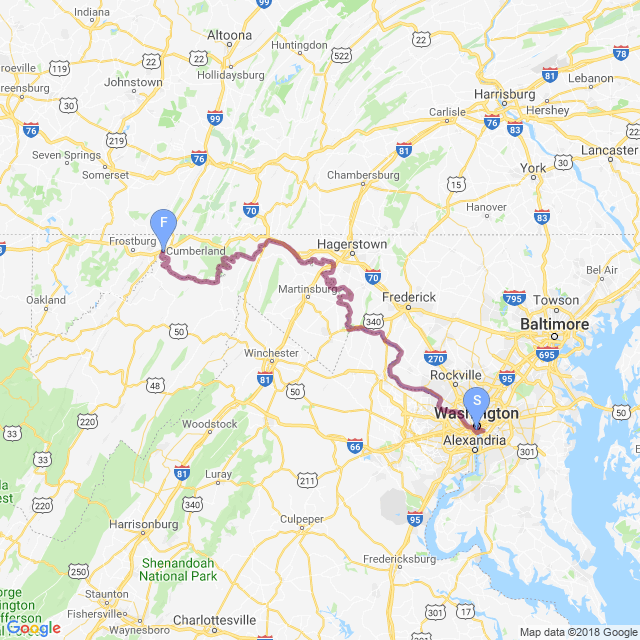 The C&O Canal is a narrow, 184.5-mile long engineering marvel of its day, so help boats ship goods along the Potomac River between Georgetown (DC) and Cumberland, Maryland. In 1785, George Washington founded the Potowmack Company to improve the navigability of the Potomac River, with the hopes of someday connecting to the Great Lakes and Ohio River. That didn’t happen, but the Potowmack Company did build the first canals along the Potomac to skirt around Little Falls, Great Falls and Seneca Falls.

In 1825, President James Monroe signed the bill chartering the construction of the C&O Canal. By 1828, construction of the C&O began in earnest and wasn’t completed until 1850 after years of delays and financial troubles. Well, technically, the canal was never fully completed—it was originally intended to reach the Ohio River and the Great Lakes which it never happened. It was completed to Cumberland, Maryland, however, for a total length of 184.5 miles.

Boats were lifted up and down the canal 600 feet through a series of 74 locks and were pulled by mules along the towpath.

During the Civil War, Confederate troops frequently damaged the canal to disrupt the supply lines of the Union Army, but the damage was fairly minor and quickly repaired. The towpath also provided a path for Confederate raiders and even Lee’s entire army to invade the north—along with Lee’s subsequent retreats after losing the Battle of Gettysburg and Antietam.

Coal from the Allegheny Mountains was the main commodity shipped along the canal, and the 1870s were the hey-days of the canal. Other items shipped downstream included flour, wheat, corn, oats, mill offal, corn meal, pork, lumber and stone. Less supplies headed upstream, but among those that did included salted fish, salt, plaster, lumber, potatoes, bricks, wheat and oysters.

After increasing competition from railroads and repeated flood damage from the unforgiving Potomac, the canal company declared bankruptcy and was acquired by the B&O (Baltimore and Ohio) railroad in 1889—primarily to keep the right-of-way from falling into the hands of its arch rival, the Western Maryland Railroad. The railroad continued to run the canal until another large flood caused severe damage to the canal in 1924 at which point they too threw in the towel. The C&O had ceased operations after nearly a hundred years.

The neglected canal continued to deteriorate over time along with additional floods causing more damage, and in 1938, the canal was obtained by the United States. By the 1950s, some people wanted to turn the old canal into a highway—the country had highway fever then—but a Supreme Court Justice, William O. Douglas, opposed the suggestion. In March 1954, he led an eight-day hike of the towpath from Cumberland to DC, inspiring a new coalition to turn the canal into a park and preserve it.

In 1961, President Eisenhower made the canal a national monument, and in 1971, it become the Chesapeake and Ohio Canal National Historic Park.

There is a lot of interesting history along the C&O Canal, and as I walked the trail, I wanted to learn all about it and bought the C&O Canal Companion by Mike Hall. It gives a mile-by-mile account of the history found along the trail and was absolutely wonderful! I can’t recommend this book enough for anyone who wants to learn more about the history along the canal. It’s far more detailed and complete than anything on this website, although I used it regularly and often to describe the ruins seen in photos along this route. Almost all of the history I learned about the canal came from this book. If you follow the trail in real life, take this with you. Even if you only do this walk virtually on this website, you might still find the added details and stories interesting, and it’s structured that you can read along as you hike.

The C&O Canal on Walking 4 Fun

Our virtual walk follows the old C&O Canal towpath from Georgetown to Cumberland... with a couple of small detours along the way for a bit more ‘off-trail’ sightseeing.

The first detour isn’t so much a detour as an ‘approach trail.’ The canal begins in Georgetown, barely a stone’s throw from the heart of Washington, DC, and the National Mall. Being such a historic trail (the C&O Canal is a national historic park, after all), it would be a terrible shame if we missed out on the history found on and near the National Mall—so the hike begins at the Washington Monument and weaves around the National Mall before hooking up with the canal in Georgetown.

The second detour leads to the village of Harpers Ferry, WV. In this detour, you won’t miss a single step of the C&O Canal since the detour forms a lollipop loop—crossing the Potomac on an old railroad bridge, looping around this historic town most famous for John Brown’s raid, then returning to the canal on the same bridge where we left the trail.

The third and final significant detour explores the Antietam Battlefield. The canal leads to within a few miles of the Civil War battlefield and the “bloodiest day in American history$rdquo; where over 20,000 Americans were killed and wounded during fierce fighting along Antietam Creek and the village of Sharpsburg. The detour misses a few miles of the official towpath, however, as I walk out on road to the southern part of the battlefield and return to the canal after following roads back from the northern part of the battlefield. So you do miss a few miles of “more of the same” towpath for 13 miles walking through the town of Sharpsburg and the Antietam Battlefield.

Although the C&O Canal officially ends in Cumberland, Maryland, the Great Allegheny Passage (or GAP for short) picks up where the C&O ends. The GAP follows an old railroad grade that’s been turned into a hiking and biking path that leads the rest of the way into Pittsburgh. In real life, that’s what I did, making a single non-stop trek on foot from Washington to Pittsburgh. Because it’s a different named trail, however, and has a very different history than the C&O Canal, it’ll be listed as a separate hike on W4F. But in Cumberland, the GAP begins at the exact location where the C&O Canal ends, making it very convenient to finish off one and start on the other, and it’s not at all uncommon for people do that. (Although admittedly, it’s usually bicyclists. Not many people actually walk the whole distance!)

I’m sometimes asked about trails one can do In Real Life. Most people don’t have the time, money or inclination to do a thru-hike of a seriously long-distance trail like the Appalachian Trail. Others might not be interested in foreign travels or a ‘religious’ pilgrimage such as the Camino. Others have back problems or other health issues that might limit the trails one can do in real life.

If there’s one trail that’s doable, however, this is the trail. It follows the old canal towpath the entire distance—it’s as flat as one could possible make a trail, rising a mere 600 feet over 184.5 miles! (That’s barely 3 feet in elevation gain per mile.) The trail is so flat and so easy, I decided to take a baby stroller and push all of my camping gear along. Yes, that’s how easy it is. Free campsites are available along the length of the canal, typically every 5 to 10 miles or so (although the first one is about 16.6 miles into the trail—a comparatively long stretch), and they all have a hand pump for water that’s already treated with iodine. Most people bike the trail in a few days—if you hike it, you’ll be among the few who complete it on foot. Backpacking doesn’t get much easier than this, but if camping isn’t your thing, the are also plenty of towns and lodging options nearby as well as car access for friends and family to pick up you each day if you can talk them into it.

I did the walk in the height of summer when heat and humidity was... oppressive. In winter, parts of the trail may be closed. Ideally, you’d do this trail to enjoy the spring wildflowers or autumn leaves but if heat and humidity are your thing, summer has a lot to be desired! 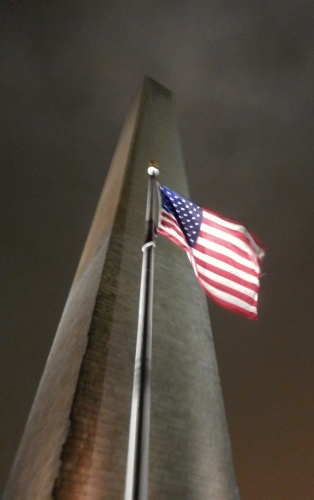 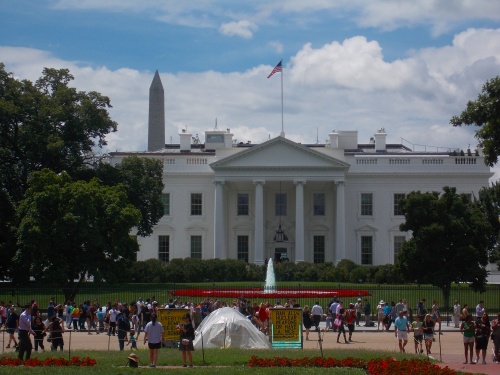 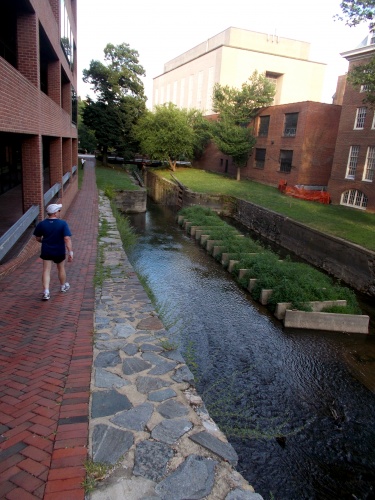 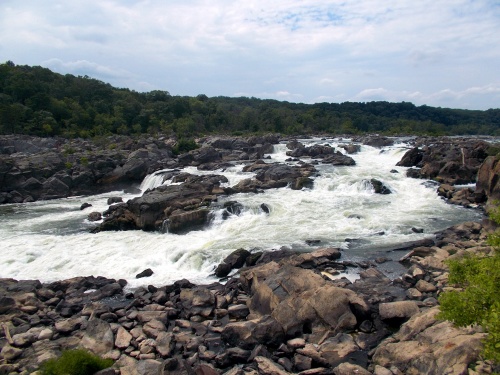 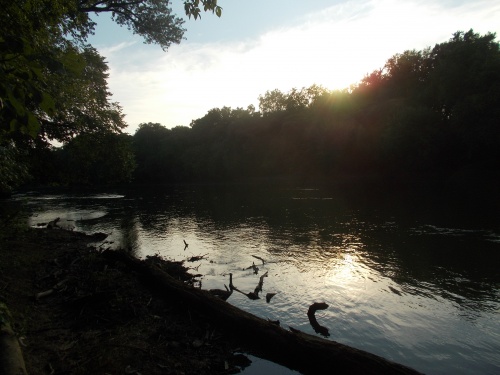 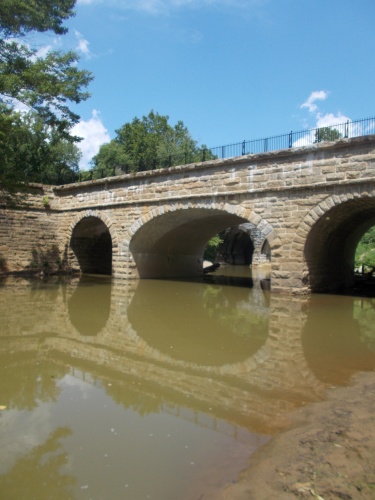 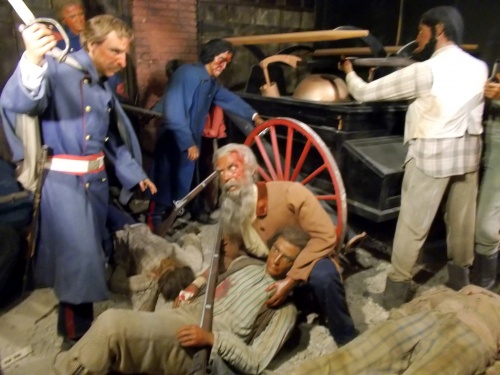 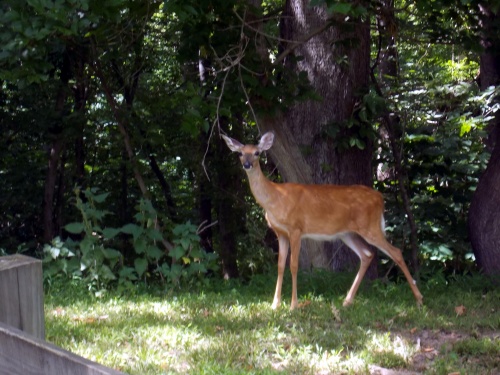 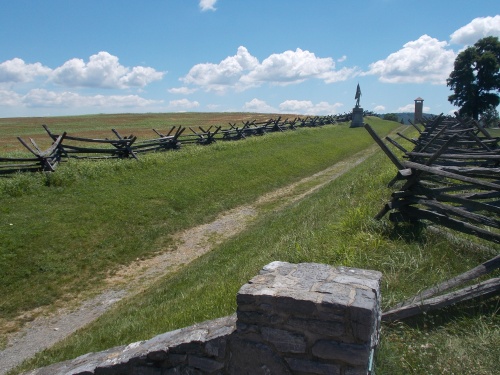 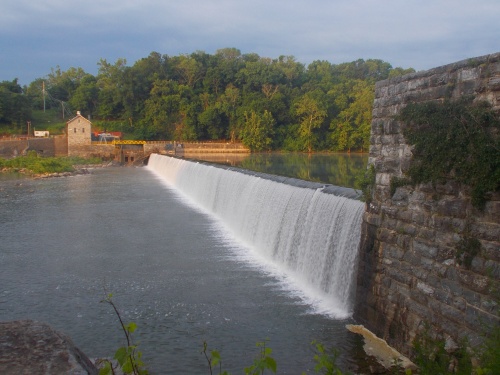 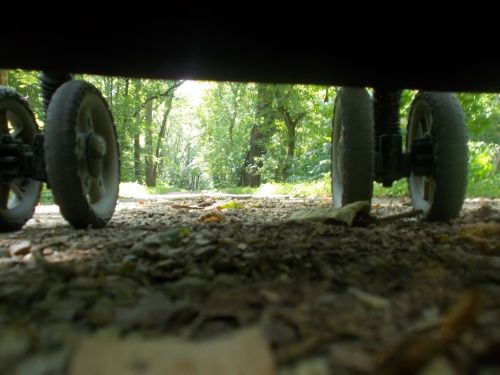 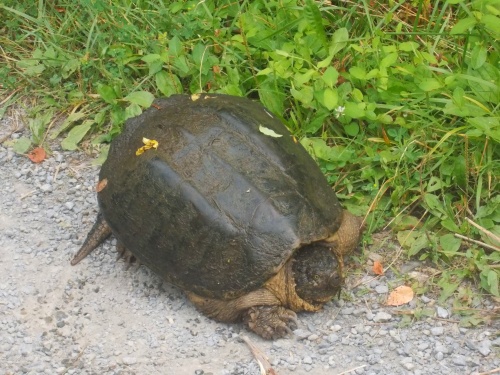 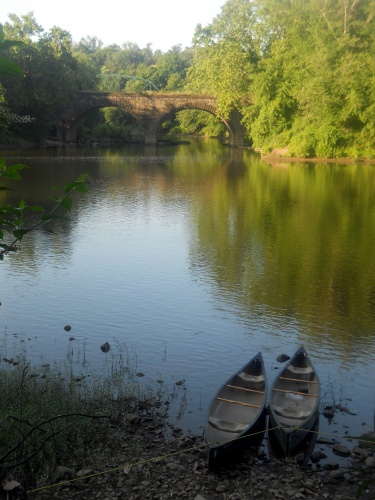 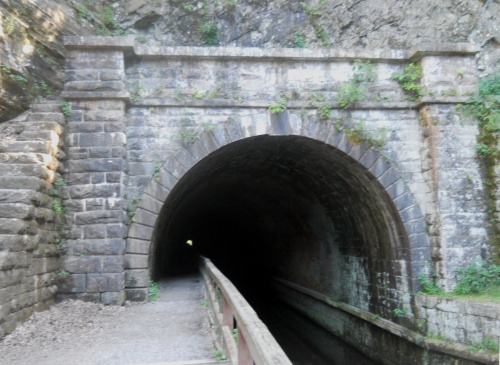 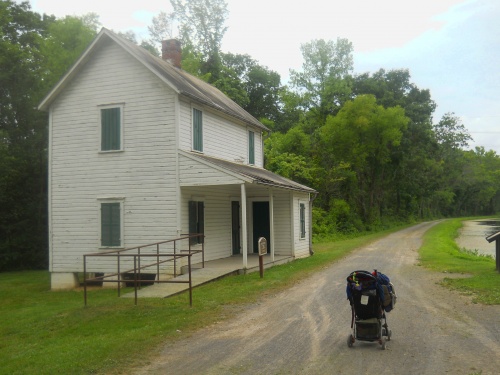 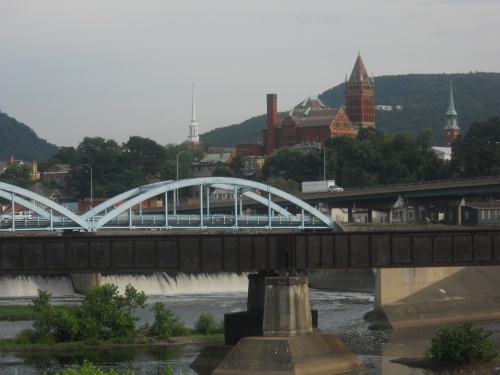